Every Sunday we conduct PP&DT session at SSBPsych platform. Below are some of the stories candidates has written during the PPDT session. We are sharing the stories so that you can know what are the different ideas that comes in mind of candidates.

Raman is a 25 yr old, Sub-Inspector at Selaiyur police Station. He one day gets a trip from a resident about a new suspicious man visiting and taking rounds near the Tambaram area and carrying a suitcase.

He immediately makes a note of the man’s description timing when & where he was seen.

He also informed his senior inspector of the same and devised a plan with 3 local constables & for the next 3 days , he assigned the constables to move in mufti- i.e. not in uniform and keep an eye on the area.

Takes input from local shop-keepers and panwadis, does regular patrolling without causing much disturbances.

Dinesh 25 yr old is form Andhra Pradesh went to Delhi to his friend’s room to write an entrance exam at NIT Kurukshetra.

While boarding the train somebody stole his mobile phone

Aman, a 25-year-old police inspector. He got an information that there are home most wanted criminal hiding in a house. He immediately informs to the senior and ask for his permission for operation. Then, he makes a plan and discussed with his team and senior. He went to the place surrounded the house. Search nearby. They open fire at them. He ensuring safety of nearby citizen, completed his mission and neutralised the criminal with any casualty. He was happy now for successfully completion of mission.

Action:  Helping out to find the way to dharmshala during Pitrapaksha mela

Rajin a 26 yr old civil guard officer was approached by a person during Pitrapaksha mela as he had forgotten the to the way to the Dharamshala. He calmed the person and asked college to find out the helpline number of Dharamshala form the notepad. Meanwhile he offered water to the person from the shode. After contacting the Dharamshala, he asked an auto driver who want going to same direction and told him to give 10 rupee as fare to the place. Finally with help of college and auto driver he was able to restore the service

Action:  Police officer dealing the case of thief in city

Vijay, 26-year-old, police officer in Manakuagar Police Station, Lucknow. He notices that 3 thief activity was report in one week are very similar and in at particular location

Ravi, age 26, student of 3rd year, Ramjas collage Delhi. Ravi was assigned task of security in college fest. In feb with the help of student union

In fests in north campus crowd is very much therefore to organise it successfully, They asked everyone to get passes to avoid extra crowd on participation events. He informed security guard about the policy. With the help of volunteer, He assign them the task to check pass and politely refuse there entry if not participating. Also they inform nearby police chowki about the feast to improve security in the campus.

Rajat is a police officer at MIG police station Indore. One day a person come to fire an FIR regarding a car robbery. Rajat note down the details in FIR and he begin to investigate by going through the CCTV cameras and after a detail investigation, He crack the robbery and found group of people who hack car through software and change the number plate of car and sell them other at. After busting the case he recovers 15 cars from the group of people. For this Indore police association give an award to Rajat and his team for busting this robbery case.

Action:  Lead about the smuggler

Mahesh Ray, 30-year-old and play wood factory worker, saw their factory owner has doing smuggling of gold in b/w the play boards of the factor

He rushes to the nearby check post here one senior officer & one assistant officer was checking all vehicle leaving the Rajasthan border. He says that their owner has hides gold articles b/w the play board of the factory & tell that around 5 kg gold has been smuggled to the Delhi & hidden in the 189 written ply board there are 12 plyboards in total in which material is hidden. The container leave at 11:30 pm at night & the truck no. is noted by them 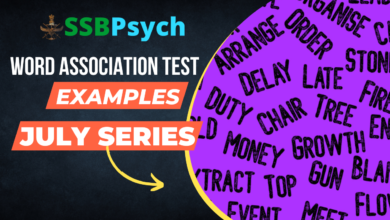