The Indian Army is the 4th largest army in the world, having a blend of highly motivated and robust officers and other ranks. To train the troops the army have well built academies and training institutes that carve out young soldiers out of fresh recruits. To train the candidates who clear the qualifying exam and SSB interview to become an officer after Class 12th , the nation has a fine and well-built institute called as National Defence Academy.

The National Defence Academy or NDA is the joint tri-service training institute, where cadets of the three services train together before they go on to respective service academy for further pre-commission training. The academy is located in Khadakwasla, Pune, Maharashtra. It is the first tri-service academy in the world.

Motto: Service Before Self

The concept of the NDA was conceived at the conclusion of the Second World war. The Government of Sudan in 1941 had given a generous gift of a hundred thousand pounds to Lord Linlithgow, the Viceroy of India, to build a war memorial to commemorate the sacrifices of the Indian troops in the Second World War for the liberation of Sudan. It was this core corpus that was later utilised to build the Sudan Block. On 02 May 1945, a committee was formed under the Chairmanship of the Commander-in-Chief, India, Field Marshal Sir Claude J Auchinleck  to examine the feasibility of forming a tri-service institution. The report was finally referred to the Chiefs of Staff Committee in 1947. Their suggestion for the formation of an Interim Joint Inter Services Wing at the Indian Military Academy, Dehradun, was accepted for the implementation. Concurrently an action plan to commission a permanent war academy at Khadakwasla, Pune was commenced and Prime Minister Pandit Jawaharlal Nehru himself laid the foundation stone on 06 Oct 1949.

The cadets come to the academy after clearing a series of qualifying tests. An aspirant has to first take up the NDA written exam after or while appearing in his Class 12th, success in which gives him/her the chance to appear before the Service Selection Board. On getting recommended by the SSB, the candidate undergoes a thorough medical test. After being declared ‘fit’ in all the tests, a cadet is ready to train.

The Supreme Court, in August 2021, passed an order that allowed female candidates to appear for the NDA entrance examination as well, opening gates for the equally motivated and capable lot.

The training in NDA involves imbibing up the cadets with psychological, physical and also ethical characteristics that are needed to manage the difficulties of the battleground. Cadets are offered an extensive education and learning in Science, Technology, Arts and also Military topics and at the end of their three-year program, which is divided right into 6 terms, a cadet is granted a Bachelor’s Degree from the Jawaharlal Nehru University.

The National Defence Academy has a huge legacy to its name. The alumni of the academy have led and fought in every major conflict in which India has participated since the academy was established. They have an illustrious record of numerous gallantry awards. This includes 3 Param Veer Chakra, 31 Maha Vir Chakra, 160 Vir Chakra, 11 Ashok Chakra, 40 Kirti Chakra and 135 Shaurya Chakra. Also, the academy has given to the nation 11 Chief of Army Staff, 10 Chief of Naval Staff and 4 Chief of Air Staff and 1 Chief of Defence Staff of the Indian Armed Forces. 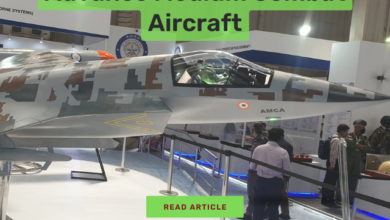