Group tests do not require specialized individual skills on your part as logical thinking and coordinated team efforts to receive and give suggestions are what is looked at by assessors. You will be provided with Fatta or a plank, balli, and ropes as your tools to help you in the assigned task. The battery of GTO tests consists of nine tests/ tasks and I will be explaining all of them one by one.

Group Discussion
The first task of the GTO series of testing begins with 2 Group Discussions consecutively. In the first group discussion, the group is allowed to select one of the two topics offered and it is very frequently based on international or national issues. In the second group discussion, the topic is of the GTO’s choice and generally focused on social issues. Each discussion will last for approximately 20 to 30 minutes and the candidates are expected to participate in the discussions. Remember that the discussions involve the exchange of ideas and thoughts and candidates are expected to maintain the group dynamics while presenting their views in a polite yet firm manner.

Group Planning Exercise
The Group planning Exercise is the second test of the GTO test series. In this test, an incident on a model with a few problems is narrated. The candidates have to identify the problems and come up with practical solutions within the given time. They are also instructed to write down their solution on the sheet of paper. A candidate while giving solutions should think logically, write, and draw neatly and also examine alternative solutions to the problem. In the end, the group collective solution will be discussed by the group and candidates should participate in the discussion to come up with a workable group plan acceptable to everyone. One of the candidates will be then asked to explain the acceptable group solution.

Progressive Group Task
Progressive group task or simply PGT is continued after the group planning exercise and this is also an outdoor task. It is one of the tasks that are called as confirmatory in nature of the GTO series. This task is about a set of obstacles in the ground that you and your team members need to cross by a set of rules. The time allotted for the task is 30-45 minutes and to cross the obstacles the group will have some helping materials which are given by the GTO as stated earlier. The PGT is called so because the 4 obstacles that are given to the groups are progressive means that they become harder with each passing task. The consecutive level will be difficult that the last level. The whole group participates in this task.
Let’s have a look at the rules of the obstacle series that are applicable in HGT, FGT, GOR, IO, and CT as well.

Rules of The Task
1. Rule of colour– The structures are painted in different colours viz Red, Yellow, and White.

2. Out of bond area– The areas in the PGT which should not be touched are called out of bound areas. These areas include the mud surfaces and the colour code mentioned above.

4. Rule of infinity– This states that the start and the end line of the obstacle extend till infinity. The group cannot pass these lines.

5. Rule of Group and load– The entire group along with the last person, helping material and load must move ahead in unison at any point in time through the entire course of the obstacle. No men should be left behind is the basic motto of this statement.

Group Obstacle Race or Snake Race
Unlike other tasks where all the tasks are held in an individual group manner, here, all the groups compete with each other groups over a set of six obstacles. Each group has to carry a roll of the tent/ stuffed gunny bags in the shape of a snake from the start point to finish point and hence the name snake race. The rules of the race will be explained to you by the GTO and follow the similar colour code along with a new set of rules of carrying the snake, crossing the obstacles, etc.

The Obstacles To Be Crossed In Snake Race Are As Follows:

HALF GROUP TASK (HGT)
This task is similar to the PGT except that it is conducted over one obstacle with half the group. The HGT can be considered as the most important task of GTO Outdoor tasks. After the GD and PGT, some of the candidates might have assumed the role of a leader automatically due to the group dynamics and some of the candidates may not have been able to express themselves or put forth their views because of some inhibitions or due to their personality. After the PGT and GD, the GTO might have formed an assessment about each candidate and he observes every candidate minutely in HGT to conclude or to change his former assessment. This is a part of confirmatory series tasks.

Lecturette
Lecturette is the next task of the GTO series. In this task, the candidates are asked to deliver a short talk one by one on any one of the topics given to him/her out of the four topics. The GTO has several cards and each card has four topics written on it where the difficulty level increases from topic to topic. Each candidate is expected to pick up one card and give a short talk of about 150+30 seconds on any one of the given topics.

The first candidate will come and pick up one card, go a little away from the group, prepare for a maximum time of 3 minutes or less, and will come back at the whistle come back and return the card to the GTO and speak for maximum three minutes. As soon as the first candidate is ready the second one can come to pick up the card and start preparing. As soon as two and half minutes are over the GTO will ring a bell. This indicates that the candidate must wind up soon. After three minutes GTO rings two bells, with this the first candidate sits down and second stands up.

Individual Obstacles
Individual Obstacles is one of the next tasks of the GTO series, generally conducted on the first day of GTO testing. Sometimes they can be conducted on the second day, depending on the weather and mood of the officer. As the name suggests this task is performed by each member of the group, individually. The purpose of this test is to check ability, physical toughness, stamina level, courage, determination, acrophobia (fear of heights); it also checks how fast you can make choices and execute it. There are a total of 10 tasks and the time limit is a total of 3 minutes. A candidate can repeat the task if he/she can complete all 10 obstacles before 3 min. All obstacles are marked from 1 to 10, more tasks a candidate complete more his marks will be.

Command Task
Command task is one of the most interesting and important GTO tasks. Unlike other Group tasks, it is not a leaderless exercise. In this test, you are the commander and you have to accomplish the given task within the allotted time. Here, your ability to give command is tested by the GTO. Depending upon the performance and aptitude of the candidate, GTO selects a task for every candidate. So if you have performed well in GTO tasks, the task allotted to you in the Command task will be rather challenging. The GTO calls the candidates one by one and interacts with them and maybe take a short interview while walking in the GTO field. He will explain the task allotted to the candidate along with the helping materials. He then tells the candidate to choose subordinates from your Group. Then the candidate has to finish the job within the allotted time.

Final Group Task
This task consists of one obstacle similar to the Progressive Group Task series and the entire group once again gets together to participate in the task that was broken down after the GOR. The time limit for this task is 15 minutes.

Till now you must have got quite some idea regarding the GTO tasks and their functioning. I will be telling you about how to approach these tasks in the next article and till then stay connected.

You can prepare for defence entrance exams such as NDA, AFCAT, INET, and CDS by taking Written Online courses as they will not only give you access to full-length quality lectures but will also provide the facility to take standardized mock tests for better study and strategic growth in the exam. You can take multiple quizzes after each lesson to ensure the full understanding of the subject along with creating your customized lesson plans. 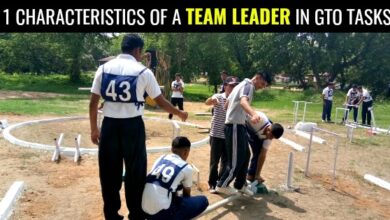 11 Characteristics of A Team Leader In GTO Tasks 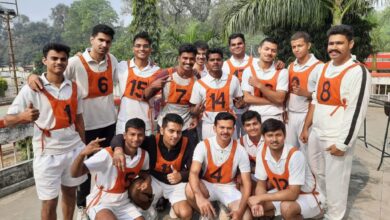 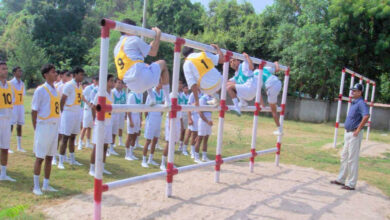